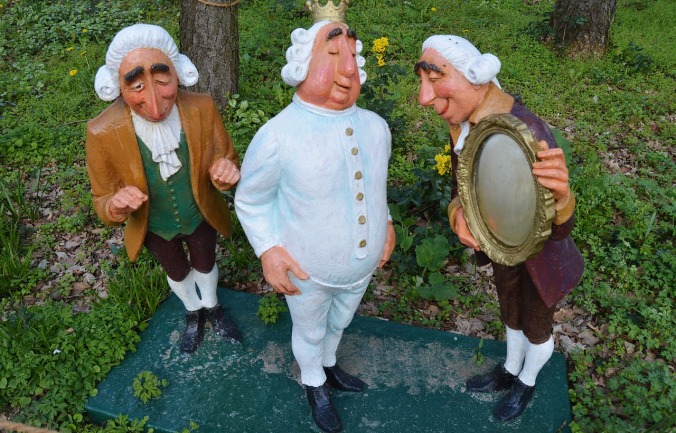 The much-anticipated revision of CDC’s website on ‘ME/CFS’ section “Information for Healthcare Providers” was unveiled July 12, 2018.  The main reason for the revision was to adopt and educate medical professionals to diagnose people using the government-sponsored clinical IOM/SEID criteria and to update the toolkit based on current scientific data.

The result of the CDC website update is full of deceptions and in many ways worse than the old toolkit for medical professionals.

Problems and Danger with Adopting and Using the IOM/SEID Criteria

ME advocates have warned that the 2015 government-sponsored IOM/SEID criteria are even worse than the failed and highly criticized government 1994 Fukuda definition.  Critics of the Fukuda definition argue that it was overly broad with too much emphasis on the one common symptom ‘fatigue’. The IOM/SEID definition is even more vague.  Unlike the Fukuda, it doesn’t specify exclusions which means that many people suffering from primary psychiatric and psychological conditions will get a diagnosis of IOM/SEID.

Even worse, the new criteria do not demand any neurological nor immune dysfunction symptoms! Investigators (Dr. Leonard Jason, Frank Twisk and Asprusten et al) who have looked into the IOM/SEID criteria and published papers comparing it with other definitions have warned that it does not define the neuroimmune disease myalgic encephalomyelitis (ME) as defined since 1969 by the World Health Organization (WHO) and coded under Neurological disorders as ICD – G93.3.

The IOM authors clarified this distinction as well.  They stated that the entity they were defining was not a neurological one.  It was a broader entity with subsets which remain to be defined.  They were clearly not defining the distinct disease ME as per our international non-government medical ME experts with their 2011 International Consensus Criteria (ICC). This comparison chart created by the patient organization MEadvocacy.org is an easy visual tool that illuminates the difference.

The danger of using the broad IOM/SEID definition is that the pool of patients diagnosed will be a muddied group.  It will be harmful to those who suffer from ME as per ICC and those who suffer from other conditions for which they lack proper diagnosis.  To properly treat patients one needs to identify precisely the disease they suffer from. It would be like throwing people who suffer from rheumatoid arthritis and osteoarthritis together under one rubric because they share many of the same symptoms. This conflation would be dangerous because as we know, the treatments are entirely different.

Even more alarming, ‘ME/CFS’ investigators working at NIH funded ‘ME/CFS’ consortia are currently using the clinical IOM/SEID to select their cohorts in their studies!  Using this faulty criterion will cause the group to be made up of people suffering from different conditions. The results will be skewed whether searching for a biomarker or successful treatment options. It will be impossible for future researchers, who are unfamiliar with the criteria issues, to duplicate studies as they will have no way to know how to select patients correctly.

Harmful GET recommendation Without the Name Remains on Website

CDC’s current toolkit treatment section recommends: “Patients who are tolerating their current level of activity and have learned to “listen to their bodies” might benefit from carefully increasing exercise to improve their physical fitness and avoid deconditioning Some healthcare providers with expertise in ME/CFS refer their patients to an exercise physiologist who understands ME/CFS and uses an individualized and flexible approach to advancing activity levels.” [bolding for emphasis]

CDC is in effect still educating doctors to recommend people with ‘ME/CFS’ exercise incrementally.  This description is what graded exercise is, and it is genuinely devious of CDC who many in the community have hailed for supposedly removing GET from their toolkit, only to see them re-introducing it in a concealed manner.  ME advocates and patients who have been on this road with CDC for decades are not surprised at their repeated deceptions. Their malfeasance has no bounds, and they will do anything to cover-up the reality of the neuroimmune disease ME which has appeared in many worldwide outbreaks and the sporadic form.

Dangers of Conflation Which Result in the Burial of ME

CDC states: “There is no consensus on whether CFS and ME are synonyms, different spectrums of the same illness, or distinct conditions.”

These words describe the crux of the problem with the government’s attempts to cover-up ME.  It benefits HHS to keep it all a big, muddied, confused heap of nothing.  It has been their intention from the start – to make ‘CFS’ go away. As a 1994 letter obtained through FOIA effort by advocate Craig Maupin from NIAID’s Dr. Straus to Dr. Fukuda states:

“I’ve felt for some time, Kieji, that those that have CFS are at a certain point along a continuum of illness in which fatigue is either the most dominant symptom or the most clearly articulated by virtue of impression on the part of the patient or physician that such a complaint is important. I predict that fatigue itself will remain the subject of considerable interest but the notion of a discrete form of fatiguing illness will evaporate. We would then, be left with Chronic Fatigue that can be distinguished as Idiopathic or Secondary to an identifiable medical or psychiatric disorder. I consider this a desirable outcome.“

HHS and its agencies have purposefully acted to conceal the fact that this is a distinct disease with its distinguished history.  They have repeatedly misbranded (CFS, ME/CFS, SEID), misdefined (Fukuda, Reeve’s, IOM/SEID) the disease to keep the confusion going.  They have also falsely combined ME with CFS as in ME/CFS to perpetuate the confusion. It’s like calling a disease lung cancer/cold!

In the same vein, HHS repeatedly refuses (in contrast with other diseases) to accept and adopt criteria created by the international non-government experts in the disease [Canadian Consensus Criteria (CCC) and ICC] which clarify and distinguish ME.  With the same concealment tactic, CDC erased our experts’ criteria CCC and ICC from their resource section.

Other Tactics Used by CDC to Minimize the Disease

It is alarming to see this revised CDC criteria in 2018 – more than 30 years after CDC was called down to investigate the massive Lake Tahoe outbreak.  The name, definition and data do not reflect the findings at Lake Tahoe nor the WHO 1969 defining  ME under neurological disorders nor the 2011 International Consensus Criteria defining the distinct disease ME.

ME advocates worldwide are rightfully aligning in their fight against the PACE Trial with their recommendation of the harmful treatments of graded exercise therapy and cognitive behavior therapy.  ME advocates need to do the same with CDC’s revised website which is deceptive because like the Emperor’s New Clothes – it is just more of the same wrongdoing. ME advocates need to rigorously fight CDC’s dangerous recommendation of GET and their use of the vague IOM/SEID definition which will result in the burial of the distinct disease myalgic encephalomyelitis.

Methods of Silencing Dissent to Control a Specific Agenda

Globally, government agencies and officials as well as private sector companies, and organizations use known astroturfing and silencing methods to achieve their intended goals.  They use media to spread propaganda to manipulate opinions. They employ specific tactics to squash dissent to institute their desired agenda.

In the myalgic encephalomyelitis (ME) community, this method of controlling a specific intention is used by government health agencies, medical interest groups, and those supporting them.  They advance the false narrative that ME is not a distinct disease but, a collection of fatiguing conditions.  They also perpetuate the myth that ME is imagined – a functional somatic condition.

This government deceit harms people with ME (pwME).  The underhanded conflation of ME with chronic fatigue syndrome (CFS), chronic fatigue (CF), and psychosomatic conditions results in falsely depicting the disease as a benign condition, possibly just in the mind of the patients.  The medical community has therefore in the main dismissed this ‘vague condition,’ neglecting to care or study it.

Those whose interest lies in perpetuating this myth because of financial benefits or other motives use established methods to advance their biased goals by spreading misinformation and falsely accusing those who dare to speak out about the malfeasance.

Methods of Silencing a Group of Activists

Ron Duchin, research analyst at Mongoven, Biscoe & Duchin Inc., in Washington DC, created and utilized specific techniques to break up activists groups who were fighting for social justice such as environmental groups, animal rights groups and consumer affairs groups. His famous legacy was breaking up civil rights activists groups fighting the tobacco industry.  He later used this plan advising other industry giants in how to fight any dissent which was adversely affecting their objectives.

Duchin explained that activists fall into four categories: radicals, opportunists, idealists and realists, and that a three-step strategy was needed to bring them down.

Astroturfing Methods to Manipulate and Control an Agenda

What is astroturfing? (Astroturf and manipulation of media messages by Sharyl Attkisson – see video here)

Astroturfing is the attempt to create an impression of widespread grassroots support for a policy, individual, or product, where little such support exists. Multiple online identities and fake pressure groups are used to mislead the public into believing that the position of the astroturfer is the commonly held view.  The goal is to neutralize any opposition.

How to Recognize Signs of Propaganda and Astroturfing

As currently seen with the University of Bristol Professor Esther Crawley’s upcoming TEDx talk “Dare to Disrupt”, the desire by these groups to propagate their false narrative about ME is powerful.  In her write up on TEDex website, Crawley writes: “I dare to disrupt because …We need to disrupt views of this illness.Those who are ill with CFS/ME do not have a voice – they are too unwell. We need to provide their voice, and we need to speak up about this illness. Because we, as a community, as a society, as friends, as neighbors and as parents should look after children who suffer.”

Yet, the ME community did not choose Crawley to be their voice.  The opposite is true. Esther Crawley is a proponent of the unscientific GET, CBT, and lightning process treatments in children with ME and is involved in studies using these harmful therapies.  She was an author on a study which promoted the diagnosis of pervasive refusal syndrome (PRS) for children with severe ME.  UK patients and advocates have spoken out against these studies taking place because of their potential for harm. Crawley fought back by using the astroturfing method of character assassination. She spread allegations that she was being attacked and harassed by ME patients.  These charges were debunked by Tyme Trust who obtained FOI requests from the University which revealed that no reports of harassment were made (See Adam Lowe’s article, “Esther Crawley claims harassment, university has no record”).

The nefarious methods of control by those with a false narrative about myalgic encephalomyelitis and their supporters will continue. To prevent the disappearing of ME, we need to recognize and expose these treacherous acts.  Our advocacy efforts should focus on demanding the use of proper criteria for diagnostic and research purposes ( ME-ICC criteria and ME-ICC Questionnaire), and for appropriate NIH funding ($250mil a year in the US) to effectuate impactful studies leading to an acceptable biomarker as well as FDA approved treatments for #pwME.